Tours along the Karakorum Highway and beyond

Most Prehistorically and early historical information in what is now Pakistan is about the Indus plain. For more on the lesser-known valleys of the Hindu Kush, Karakoram and Himalaya, see the corresponding pages of the valleys

The oldest evidence of human activity is of early Stone-Age on the Pot war Plateau (north-west Punjab). The so-called Dravidians were late Stone-Age hunter-gatherer communities in the Punjab and Sind plains. Excavation indicate Primitive agri-culture

in the upland valleys of Baluchistan by the late 4th millennium BC; tribes there may have been the first to domesticate the buffalo. In the 3rd millennium BC, permanent villages farming on the rich Indus alluvium were the nuclei of what was to become one of the world’s most important urban cultures. 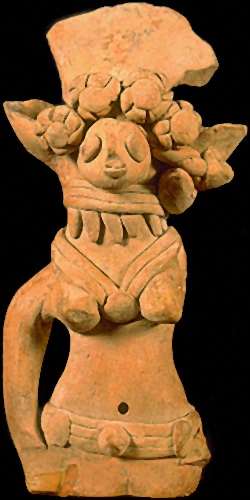 The Indus Valley (or Harappa) civilization flourished from about the 23rd to 18th centuries BC. Biggest and richest sites, Mohenjo-Daro (near Larkana in Sind) and Harappa (near Sahiwal in the Punjab), look to have been major cities of a centralized, literate, agricultural society with commercial links by sea to other parts of the world possibly including Mesopotamia and Egypt.

Little is known beyond basic archaeological conclusion since the so-called Mohenjo-Daro or Harappa script has never been translated. Tool and utensils were of copper and bronze; other finds include glazed earthenware beads, terracotta figurines, carved-stone seals and characteristic black-painted red clay pottery.

The civilization came in to an abrupt and mysterious end. Possible explanations include desert encroachment, river-course changes, repeated disastrous flooding and overpopulation. For more on Mohenjo-Daro see the Sind chapter.

The 18th century BC saw one or more wares of migration through the Hindu Kush,  possibly from Central Asia, of semi-nomadic people who rode horses, raised (and venerated) cows and spoke an early common ancestor of all Indo-European languages.

They too turned to agriculture and settled down, and by the 9th century BC were spread across northern Pakistan – India.

Their Vedic religion was the precursor of Hinduism, and their rigid division of lab our an early caste system. Their Rig-Veda and three other books, written in proto-Sanskrit, are the world’s oldest ‘hymn books’; the Rig-Veda includes what sounds like an account of the defeat of Harappa.

There was on central authority. Among many independent kingdoms was the populous and wealthy Gandharan, taking in the Kabul, Peshawar and Swat Valleys. in the 6th century BC, about the time Buddhism was emerging, Gandharan and most of the Indus plain fell to the Person  Achaemenian Empire of Cyrus the Great. The Gandharan city of Taxila became a renowned centre of learning.

In 327 BC Alexander of Macedonia came over the Hindu Kush to mop up the eastern bits of the defeated Persian empire, but two years later near present-day Amritsar his troops decided they’d had enough foreign travel, and mutinied. So Alexander built several thousand boats and everybody went down the Indus, some to sail away, some to plod back through Baluchistan  and Persia, leaving a few governor-generals to keep things together.

For some reason this short visit resonates in the legends of northern Pakistan. Some tribes claim descent from Alexander or his stay-behind generals; in fact some people in Chitral and the Northern Areas do have arrestingly Mediterranean features, even sandy hair and blue eyes. Anthropologists are doubtful about this, though the visitors may well have enlivened local gene pools.

When Alexander died, of his generals, Seleucus, founded own dynasty in Persia, Afghanistan and Gandhara. In 305 BC he clashed with Chandragupta, ruler of the Maury an kingdom from the Ganges basin. But later dealings were so amicable that Seleucids gave Chandragupta all of Gandhara, allegedly for 500 elephants.

The Mauryan dynasty went on to rule most of the subcontinent . its most famous king was Chandragupta’s grandson Asoka the great (ruled 272 to 235 BC), a patron of Buddhism who developed Taxila as a centre for ecumenical religious study. After a personal conversion to non-violence he began issuing edicts on public party and morality; some are still visible, engraved boulder sat Shahzad Garhi (near Mardan) and Mansehra as well as in Afghanistan and India. Unfortunately, the empire more or less did with him, though Buddhism took root in Gandhara.

Rulers of the former Greek territories of Bactria in northern Afghanistan and Parthia in Persia began looking East. By the early 2nd century BC, the Bactrian’s had taken Gandhara and the Indus Valley. The Bactrian king Menander (ruled 155 to 130 BC)  was a covert to Buddhism. 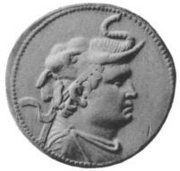 In Central Asia long-distance trade routes know collectively as the Silk Road were developing, though nomad raiders were a constant menace. Chinese efforts to drive them away produced a kind of domino effect, with one tribe nudging the next out of its old land. Tribes shifted throughout Asia. The fierce mounted Saka or Scythians Pushed into Bactria and across the Indus into western India, where they rude united the 1st century AD. They in turn were Pushed out of Gandhara by Parthian.

Rock inscriptions in the Northern Areas (eg at Chilas and Ganesh) show that the upper Indus, Gilgit and Hunza Valleys were by this time well-used trade and invasion routes too. 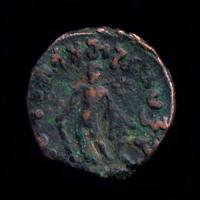 Another tribe driven out of Central Asia were the Yueh-chih or Kushans. Under their greatest king, Kanishka. By the 2nd century AD they had forged an empire from Uzbekistan to Baluchistan and the Ganges, ruling it from Peshawar. Under the Kushans, Buddhism experienced an intellectual flowering, found expression in an extraordinary fusion of Indian and Greek art, and spread from Gandhara into Central Asia, China and later Tibet. Gandhara became a center not only for trade but for religious study and pilgrimage the Buddhist ‘holy land’.

But the empire gradually unraveled by the middle of the 3rd century AD to little more than Gandhara and Kashmir. This fell to the Persian assassinated, while Sind and eastern Punjab became part of the Gupta Dynasty in Northern India. A Bactrian branch of the Kushans ruled Gandhara briefly in the 4th century. 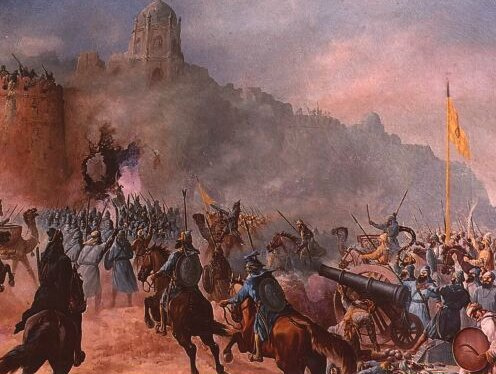 Gandhara and the Gupta lands were pillaged in the 5th century by the Hephthalites or White  Huns from Central Asia. Though they lasted only a few generation, Gandhara never recovered. The Turkic shahi dynasty of Afghanistan drove them form Gandhara.

But pilgrims continued to visit. The Chinese monk Fa- Hsian, on an epic 15-year journey to India in the Century, found  Buddhism still alive in Gandhara. A 7th-century monk  traveler, Husain Tsang, Found it retreating into the mountains in increasingly ritual and mystic forms.

In the 9th Century the last Turkic Shahi king was deposed by his Brahman minister the resulting Hindu Shahi dynasty ruled from the Kabul Valley as far east as Multan through the 10th century. Hinduism may have reached as far north as Gilgit.

We now accept advertisements on our site to Advertise, Cotact us